Visit to the Norwegian Glacier Museum and the two glacier tongues Bøyabreen and Briksdalsbreen. Loen Skylift. 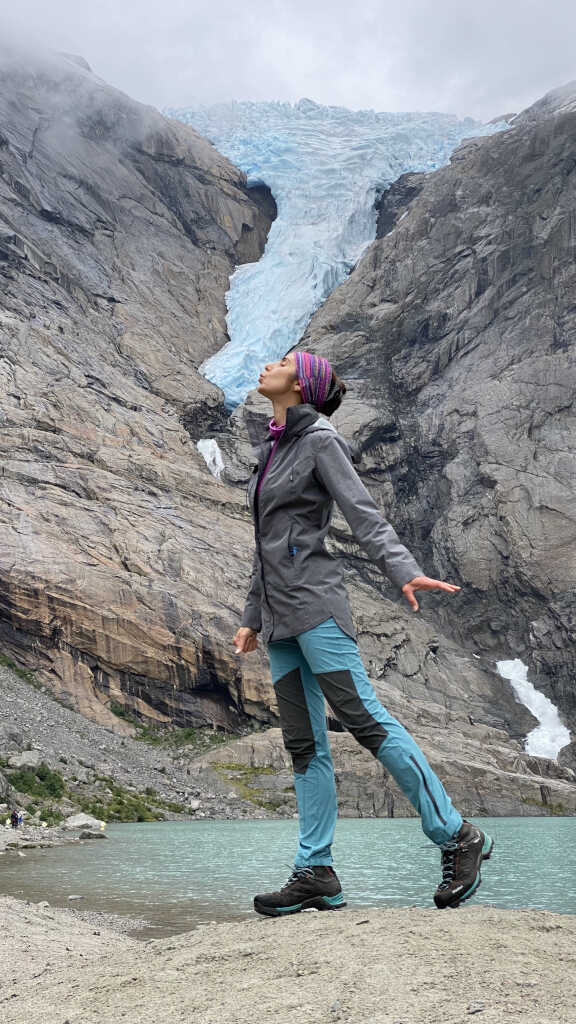 In general, Malina and I have a clear division of tasks: I plan the trip segments and drive. Malina takes the pictures. So we almost passed the Norsk BreMuseum, the Norwegian Glacier Museum, because it was not on my radar. But Malina discovered a hint on a traffic sign and a short time later we were in the museum.

The museum is not very big, but one learns a lot about glaciers and there is also constantly fresh original glacier ice with which one can do experiments.

The highlight of the museum, however, is certainly the panoramic film about the Jostedalsbreen glacier, the largest glacier on the mainland of Europe. Beautiful pictures, great sound … actually we should have watched the film twice. Unfortunately you can’t buy it, you can only see it there.

We would have also liked to do a glacier tour on the Jostedalsbreen, but where this would have been possible, the tours were booked up for days. Since we had mad plans from day to day only, it would have been impossible for us to make appropriate reservations.