Accommodation, breakfast and restaurants in Norway. Walk on the beach at Sjøsanden in Mandal. Lighthouse of Lindesnes Fyr. Via Rv44 from Flekkefjord to Egersund. Experience with ferries and low point in the Ryfast Tunnel. 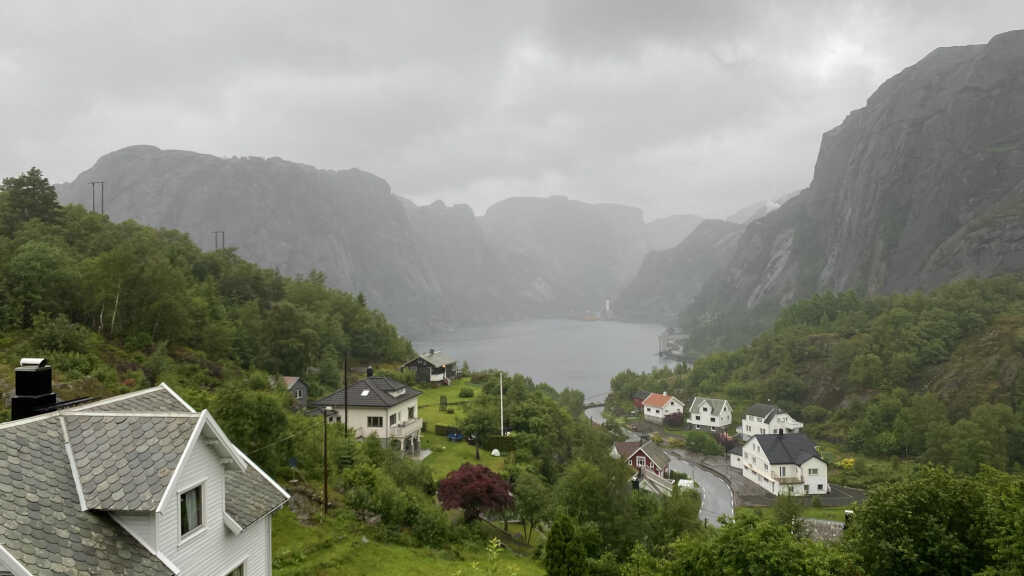 Travelogue Norway 2021
Along the south coast

Most of the time we book our next accommodation via Airbnb the day before, sometimes directly on the same day. Whether it is always so easy or we were lucky because of the low number of tourists, we can not say. In a few cases, we booked through booking.com. Here you will find, among other things, boarding schools that rent out their bedrooms to tourists during the summer holidays. Also at the countless campsites you can simply stop and ask if they still have a cabin free.

From our perspective, you get the most bang for your buck with Airbnb. Boarding schools then follow in second place. At the campsites you get (we only tried one) relatively little for a still acceptable price. In hotels you get quite a lot for quite a high price.

We had a tent in the car as an emergency option, but ultimately never used it. In hindsight, I probably would have gone for a smaller, lighter tent so that we would at least have had the option of carrying the tent with us on one of our hikes and spending the night on the mountain. We have seen many hikers who have taken advantage of this option and have spent the night in some incredibly beautiful places.

Our first Airbnb was in Søgne, a nondescript, beautifully situated village west of Kristiansand.

Regarding breakfast, we learn already on the first morning that it is not usual in Norway to sit down in a café in the morning and maybe eat an omelette. Accordingly, cafés usually open only at ten or eleven. At many bakeries you can have breakfast, but you usually have a smaller choice of food than in Germany.

And the first encounter with prices in Norwegian bakeries, cafés and restaurants is also breathtaking. You have two options: Either consistent self-care or ignoring prices completely and paying by credit card. We decided to go for the second option.

Our goal for the day is to get as far as the Lysefjord and to enjoy the scenery of the south coast. Even in southern Norway the summer days are long, so we don’t have to rush despite the longer distance.

In Flekkefjord we go to eat and make the acquaintance with typical Norwegian menus: There is very often pizza or burger or both. Traditional Norwegian cuisine is comparatively rare.

We now follow the Rv44 from Flekkefjord to Egersund. The drive is incredibly beautiful. Our photos can only give a faint impression of this beauty, perhaps because of the gloomy weather.

And on this first evening on the road we also experience for the first time what it means to be dependent on ferries. To get to our next accommodation near Forsand in a relatively direct way, we would have had to take the ferry from Lauvvika to Oanes. Luckily we saw in time that we were too late to catch the last ferry at 6pm. Fortunately there was an alternative, albeit much longer, connection without a ferry.

By the way, “Vik” means “bay” in Norwegian and appears in the form of the ending “vika” in very many place names.